Skip to content
Home » Women Resources » By the Word of Their Testimony (Book 7): Take Heart! I have Overcome the World
Create your own review 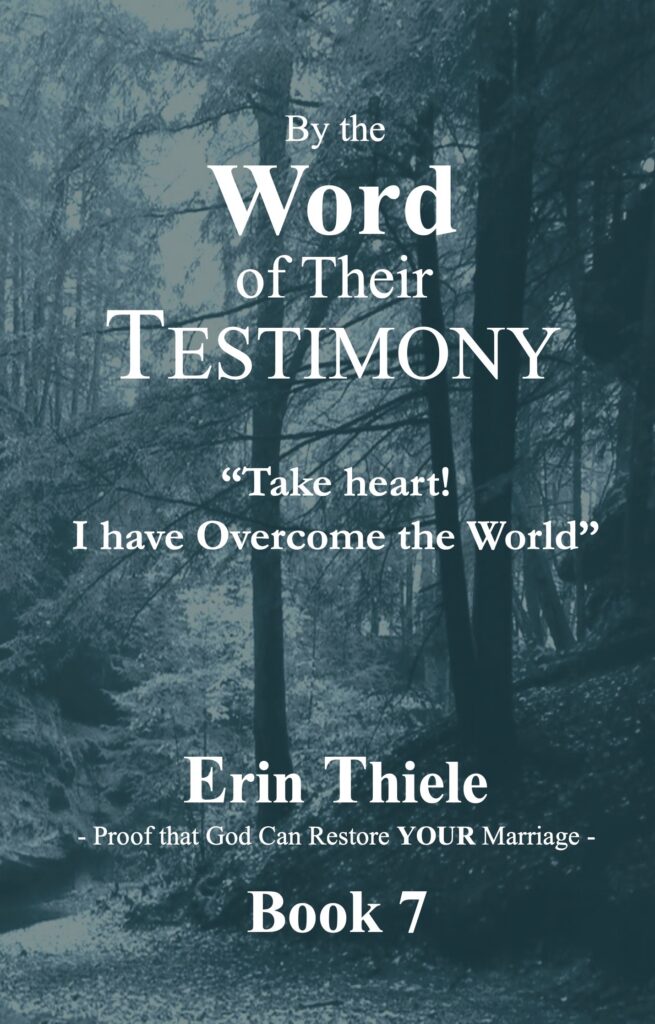 With each Encouraging Bookstore purchase, you are investing in other countries around the world where we sow paperback books using ALL our profits, after we tithe. PLEASE READ MORE>>

For you who are PARTNERS, don't forget this eBook, like all our eBooks are FREE for you. Also enjoy a deep discount with all wholesale paperback books. 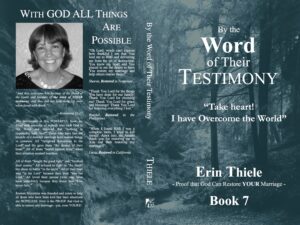 In this edition, you’ll read the harrowing account of a woman whose husband announced that the other woman was expecting his child, a restoration that occurred when a wife nursed her husband who’d suffered a stroke that almost killed him, and a husband who left his wife after she gave birth to 3 stillborn children—who was blessed with a restored marriage and a new baby daughter!

The 37 testimonies in this POWERFUL book are filled with miracles of women who took God at His Word and believed that “nothing is impossible with God!” Those who have had the miracle of a restored marriage have several things in common. All “delighted themselves in the Lord” and He gave them “the desires of their heart.” All of them “hoped against hope” when their situation seemed hopeless.​

Read each of the 37 testimonies to build your faith in God's ability and desire to restore YOUR marriage!

Create your own review
By the Word of Their Testimony (Book 7): Take Heart! I have Overcome the World
Average rating:   0 reviews