Skip to content
Home » Women Resources » By the Word of Their Testimony (Book 5): He will Give You the Desires of Your Heart
Create your own review 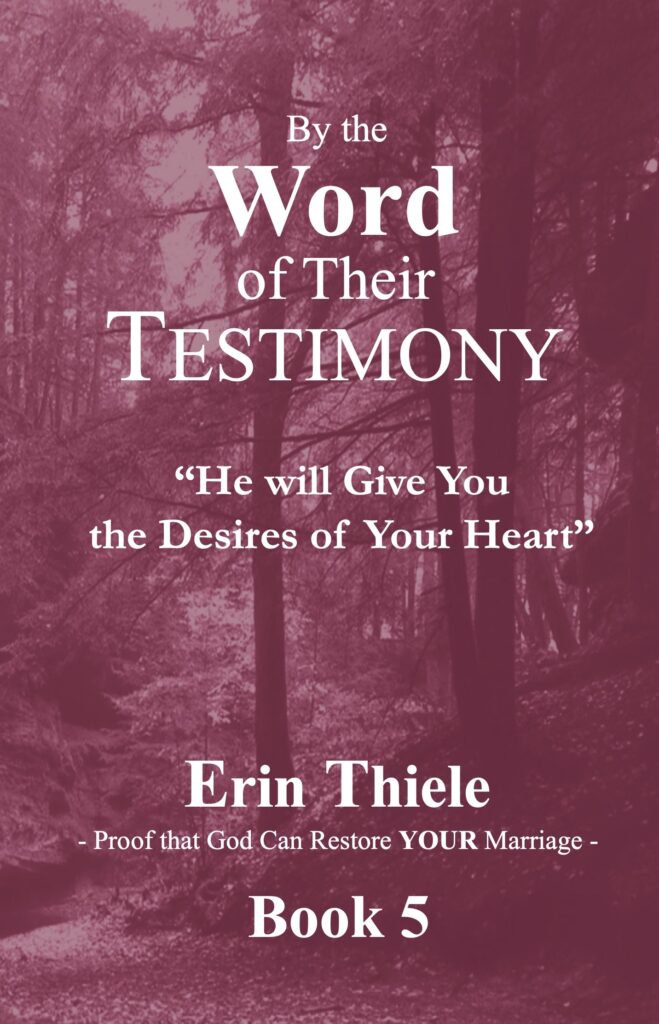 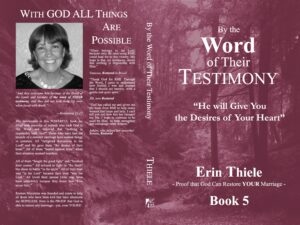 In this edition, you’ll read our most favorite of all our testimony books—many of the amazing testimonies from our own ministers and closest friends. An insightful testimony where both the husband and wife share about their restoration from their own perspective—a hopeless marriage where there was ongoing drugs, alcohol and both were unfaithful. Another testimony that has launched a huge YouTube following that resulted in a ministry that attracts women from around the world. And one of our favorites for women who have never married has been repeated several times due to reading Valierie’s testimony “Married to My Son’s Father.”

The 41 testimonies in this POWERFUL book are filled with miracles of women who took God at His Word and believed that “nothing is impossible with God!” Those who have had the miracle of a restored marriage have several things in common. All “delighted themselves in the Lord” and He gave them “the desires of their heart.” All of them “hoped against hope” when their situation seemed hopeless.​

Read each of the 41 testimonies to build your faith in God's ability and desire to restore YOUR marriage!

Create your own review
By the Word of Their Testimony (Book 5): He will Give You the Desires of Your Heart
Average rating:   0 reviews